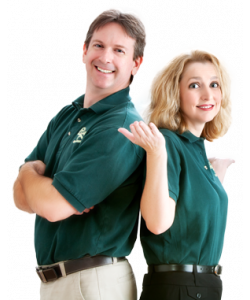 She Asks IT, He Answers IT

On April 8, 2014, Microsoft will officially end support of its most successful and stable operating system ever, Windows XP, as well as Office 2003. What does this mean for me if I am an XP and/or Office 2003 user?

It means that no versions or editions of Windows XP will receive support or updates of any kind. The same goes for Office 2003.  No security or vulnerability updates will be released by Microsoft.

This will leave users of these products exposed to newly discovered weaknesses that hackers and virus writers are constantly looking to exploit. And security and antivirus vendors such as Trend Micro, Symantec, and McAfee will not waste time trying to protect an unsupported operating system.

Companies also face non-compliance issues. Internal and external security audits will fail, resulting in costly fines, or, worse, vendors may no longer provide access to their systems and services from non-compliant companies. Credit card PCI-DSS and healthcare HIPAA compliance are the first two compliance entities that come to mind. Other industries may have their own requirements.

Another problem already manifesting itself is that new hardware and software may not run on the older, pre-Windows 7 operating system. Many recently-released products do not run on XP and ones on the way are following suit. The reasoning is simple: why would a manufacturer bother creating printer or video drivers for an operating system that will not even be supported by its maker after April 2014? Why would Oracle trouble itself with making new Java versions that work correctly on XP? If an Adobe or Java update causes errors in Windows XP, do not expect a fix. If a new vulnerability exposes a flaw in the way Word 2003 handles macros, well, cross your fingers.

In addition to new hardware and software not running on Windows XP, vendors will eventually stop supporting existing software and hardware. This may be more gradual, but do not expect your third party applications and devices to receive support much beyond the April 8, 2014, Windows XP deadline.

One other consideration is cloud computing. Many businesses access their cloud applications through Internet Explorer and IE 8 is the most recent version you can install on Windows XP. Many cloud providers already require at least IE version 9 to interact with their servers. Others will quickly follow suit in 2014.

The primary problem is that everything else has progressed – and keeps progressing – beyond XP, Office 2003 and Internet Explorer 8. I commend Microsoft for supporting them this long. Windows Vista was released in January 2007. Many companies waited for something better. That “better” came 2 ½ years later with the release of Windows 7 in July 2009. With that release, businesses found their new standard.

Most companies have already transitioned to Windows 7, but some are resistant to change. As in anything else, however, change in technology is inevitable. For the rare few who have an old software package that cannot be upgraded and only works in XP, Windows 7 Professional can run Windows XP in a virtual machine. (Windows 8 Professional does not include the XP license, though.)

I have not run XP in a couple of years on any of my machines. The compatibility issues I began seeing were not worth the trouble. Granted, I run more varied software and do more with my computers than most end users, but everyone will start seeing these issues soon.

If you are concerned about the Windows XP/Office 2003 End-of-Support date and would like to talk to a knowledgeable technician about the best upgrade path, we encourage you to call us. We are glad to answer any questions you have and even those you do not know to ask.

We understand that upgrading computers and software can be unsettling, not to mention costly, but we will handle your upgrade with the care, attention and efficiency we would expect ourselves. Relia IT has the expertise to guide you through any upgrade every step of the way. For those still running XP or using Office 2003, now is the time to move forward.